My transition into palliative medicine…from treating to healing

I had been fascinated with intensive care in my medical college days, and my career progression from general medicine to anesthesiology and finally into intensive care medicine thus happened. I wanted to defeat death…for death seemed like a failure of my efforts in intensive care. However, over the years of working in the field and maturing, I began to understand how medical treatment could be futile in most cases, even to the extent of prolonging the process of dying and causing extreme suffering.

Would I like to die in an ICU? The answer was a firm NO! I resolved to address the suffering associated with the disease process rather than just focusing on the disease only. I was now looking more intently at the individual who was suffering…I was now focusing on “healing” rather than merely “treating.”

I embraced palliative medicine like a long lost friend…I became low on “tech” and more on “hands.” I was now addressing suffering. My hospital authorities were not happy with the concept and my colleagues used to snigger behind my back…in short, I became an outcast. A song written by Rabindranath Tagore inspired me on… “if nobody pays any heed to your call, then continue to walk your path alone….”

With a small group of like-minded individuals, including my wife, I started our NGO called Koshish, whose prime objective was to provide palliative care services to the terminally ill and the elderly. I took out a loan from my provident fund account and purchased a plot of land in a rural setting to start my hospice. It was a difficult beginning with people viewing us with suspicion and my fellow professionals snickering behind my back. Referrals from oncology were nonexistent. Our team focused primarily on home-based care, often necessitating long-arduous journeys through inhospitable terrain to comfort a patient and the caregivers. For many times, the caregivers suffer even more than the patient.

Death, I finally realized, was a physiological process, rather than pathology. The so-called disease processes just acted as a vehicle for completing the cycle of existence.

I had been a strong atheist…being drawn, foolishly now that I reflect back, into the evolving modern culture, rubbishing ideas of any such thing as chance or miracles, as they could not be explained by science. Unfortunately, I realized that we had lost the simple ability to believe…our current constitution is based on doubt. We lay “conditions” on everything.

I turned to addressing and acknowledging my own spirituality. The virtues of empathy and compassion were extracted from within and polished to perfection. Religion followed, including my study of the Vedas and Upanishads, so that I could be in a better position to address the spiritual and religious issues of my dying patients and their caregivers. I understood the beauty of unconditional love and filled up my own glass with it. Now, I could pour out my love and compassion for the others. For you cannot pour from an empty glass.

Life is beautiful, but so can death be! The experiences of my dying patients prompted me to research into the possibility of the existence of an afterlife and I was convinced of the same.

Now, existence came around in a full circle. The ancient teachings had been authentic…for we had chosen not to believe.Unfortunately, in these modern times, driven by out scientific fervor, we have lost a very important facet of our simplicity…the ability to believe and trust. If you recollect your childhood, and how, sitting cuddled up in your mother’s lap, listening with wide eyes and rapt attention to those fairy tales and stories of demons and heroes…we had believed! But now, we only question. 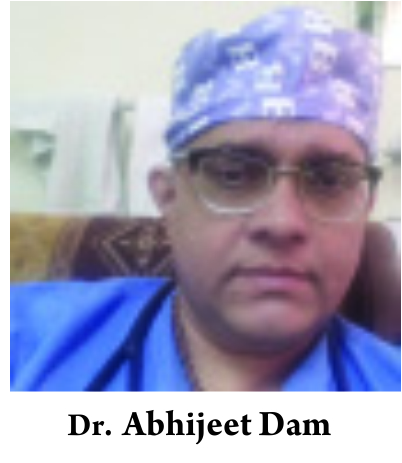