Introduction: Critical incident reporting is an integral component of teaching in anesthesia practice. We hereby report a case of intraoperative hypoxia; where after excluding all conventional measures, it was realized that it was the malfunction of safety mechanisms, an extremely unexpected cause for intraoperative desaturation. Timely diagnosis and prompt action reverted the crisis situation.
Key words: Diameter index safety system, pipeline, safety mechanisms.

Safety mechanisms that prohibit delivery of hypoxic mixture to the patient are an integral part of anesthesia machine system. Medical gas pipeline systems also have safety mechanisms like diameter index safety system (DISS) that ensures that one particular connection remains exclusively dedicated to only that gas. In modern operation theaters, the DISS assembly is on a pendant suspended from the ceiling, and pipelines are connected to it at all times [1].

In the middle of the case, the surgeon decided to take rib cartilage graft, for which he requested to shift our anesthesia machine. This was agreed on, the machine was shifted to the foot end, and the pipeline connections were detached from one pendant and connected to the other by the technician.

Meanwhile, the patient was given 100% oxygen with AMBU. The surgery was re-commenced, and the surgeon started taking the graft. All vitals were stable.

Initially, saturation was 99–100%. Later, saturation was 98–99%, and further, it dropped to 94%. The attending anesthesiologist confirmed bilaterally equal air entry, no additional sounds, or evidence of bronchospasm. 100% oxygen was administered to the patient. The EtCO2 graph and reading were normal. All other mechanical causes were ruled out. The possibility of surgical intervention being the cause of the drop in saturation was ruled out. The surgery was withheld.

Till now, the saturation had further dropped to 81–82%. A check laryngoscopy followed by ETT suction was done, but it was clear. After all conventional measures, as a last resort, the senior anesthesiologist checked the pipeline connections and found the oxygen pipeline connected to air! (Fig. 1). Corrective measures were taken immediately, and the saturation improved to 99–100%.

After the surgery was over, the patient was extubated, and rest of the course was uneventful. We checked the connections again and to our surprise, the oxygen pipeline could be easily fitted to air that leads to delivery of hypoxic mixture to the patient. The DISS was dysfunctional. Timely diagnosis of the least expected cause and prompt action reverted the condition, which could have been detrimental otherwise.

DISS was developed to provide non-interchangeable connections for medical gas pipelines (Fig. 2). DISS connector consists of body, nipple, and nut combination. There are 2 concentric and specific bores in body and nipple. Small bore mates with a small shoulder and large with a large shoulder [2].

The apparatus can be connected or disconnected by a single action without the use of tools or undue force. Two diameters on each part vary in opposite directions.

Wall mounted quick connectors (quick couplers) were used in the past, and they are more convenient than DISS fittings but tend to leak more.

Ceiling-mounted pendants used in modern operation theaters, and they have one or more articulated arms and can be moved to various positions. In the present case, it was decided to change the position of anesthesia machine midway between the surgeries, while the attending anesthesiologist did AMBU, the technician was asked to connect the pipelines.

Oxygen analyzer would have helped to detect the problem at the earliest. Although it had been the anesthetist who connected the pipelines, the event probably would not have occurred. Still, the fault in the manufacturing defect cannot be underestimated. 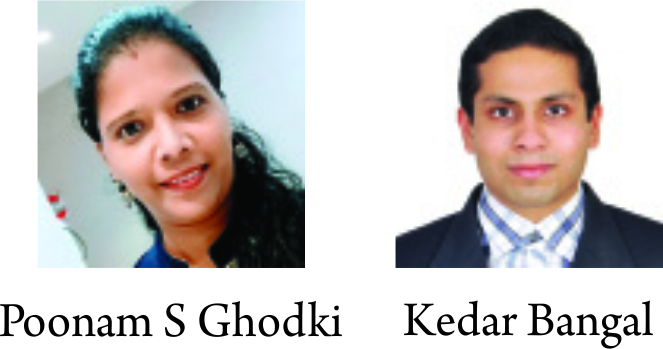