Protein S is a Vitamin K-dependent cofactor of protein C. Protein C acts by inactivating coagulation cascade factors Va and VIIIa. Deficiency of protein S andC results in a hypercoagulable state which is treated with anticoagulation. Physiological states such as pregnancy may decrease plasma protein S levels. During pregnancy, there may be repeated abortions, abruption placenta, intrauterine death, and low gestational age/weight babies, all related to multiple placental infarctions. Diagnosis is suspected through a history of thromboembolic events, familial history, or abrupt pregnancy interruption history. This is the case report of a patient with Protein S and C deficiency who underwent a cesarean section under spinal anesthesia.
Keywords: Cesarean section, protein S and C deficiency, spinal anesthesia.

Protein S is a Vitamin K-dependent plasma glycoprotein discovered in 1977 which acts as cofactor of protein C which has anticoagulant activity [1]. Protein C acts by inactivating coagulation cascade factors Va and VIIIa [2]. This anticoagulant regulating effect presents as a physiological antithrombotic mechanism. Henec, protein S and protein C deficiencies are risk factors for thromboembolic events and are currently classified as thrombophilic diseases[3]. During pregnancy, there may be repetitive abortions, abruptio placenta, intrauterine death, and low gestational age/weight babies, all related to multiple placental infarctions [4]. Diagnosis is suspected through a history of thromboembolic events, familial history, or abrupt pregnancy interruption history [5]. This report is aimed at addressing coagulation management, thromboembolism risks associated with spinal anesthesia technique in inherited protein S and C deficient patient for cesarean section.

A 28-year-old gravida IV para 0 woman with a historysignificant for repeated spontaneous abortions/miscarriages presented to the hospital at 38 weeks of gestation in labor. Since she had been having labor pains over the past weeks, aspirin and unfractionated heparin was stopped 15 days back by treating obstetrician and started on low molecular weight heparin. On admission, her membranes were intact,and due to non-progression of labor and non-reassurancenon-stress test,the obstetrician decided to proceed with cesarean section. She has received her anticoagulant more than 24h before. The patient had 1 spontaneous abortion and 2 miscarriages in her first three pregnancies. After the second miscarriage, she was worked up for hypercoagulable conditions that commonly lead to loss of implanted and young donor eggs. She was diagnosed with proteinS andC deficiency 2 months later. She denied any history of deep venous thromboses or pulmonary emboli. Her respiratory and cardiovascular systems were normal. A coagulation profile was obtained beforebeginning of the case. Her prothrombin time was 14.1, aPTT was 38.4 with control of 39, and INR was 1.1.Her recent plasmaprotein C activity was 58% (normal 70–130%) and plasma protein S activity was 43% (normal 55–123%). Patients’ recent plasma-activated protein C resistance test was positive with avalue of 6.44. Plasma antithrombin III activity was decreased with avalue of 67%(normal 80–120%). Other investigations include hemoglobin of 12.6g% andplatelet count of 2.43lakh/mm3. Her thyroid profile and chromosomal studies were normal. Antinuclear antibody and serum cardiolipin antibody I-gM were negative. The patient was brought to the operating room and given sitting position. A spinal anesthesia was performed at the L3-L4 level using a 27Gauge Quincke needle in sitting position. The patient received 2cc of 0.5% bupivacaine(hyperbaric). A T6 level of anesthesiawas obtained. The patient was placed in the left uterine displacement position. Intraoperative vitals were stable,and no evidence of excessive oozing was seen intraoperatively. Baby cried immediately after birth and handed over to the pediatrician. She was monitored in post-anesthesia care unit for 2 h. By this time, she had recovered motor and sensory function bilaterally and was discharged from the recovery room and sent to the ward. She was restarted on aspirin and heparin postoperativelyafter consulting hematologist. She was discharged after an uneventful hospital stay on the post-operativeday 4.

Protein S is a Vitamin K-dependent cofactor of protein C [1]. Protein C acts by neutralizing activated factors Va and VIIIa [2] and by exhibiting an inhibitory action of plasminogen activator [6]. Deficiency of protein S results in increased incidence of venous thrombosis. Deficiency of protein S may be hereditary or acquired. Hereditary disease is an autosomal-dominant disorder, with homozygotes generally dying in infancy due to massive thrombosis. Heterozygotes generally have their first thrombotic event by their mid-twenties [7]. Acquired disease is usually due to hepatic disease [7]. Pregnant patients with protein S deficiency can be managed with either a combination of aspirin and subcutaneous heparin or with low molecular weight heparin. Patients should not be offered neuraxial anesthesia unless the PTT is within the normal range if they are managed with aspirin and heparin [8]. The effect of low molecular weight heparin cannot be determined by a lab test, so the patient must be off it for at least 24 hours before neuraxial anesthesia [8]. Tachycardia, hypotension, and hypothermia also increase the likelihood of thrombosis and should also be avoided [8]. On search through Pubmed and Google, only 2–3 reports of patients with protein S and C deficiency, who underwent a cesarean section under spinal anesthesia were found. Our search revealed hardly any previous case reports of patients with protein S and C deficiency, who presented in labor [9,10]. In a case reported by AbramovitzandBeilin[9] in 1999, thepatient hadbeen treated withheparin. The coagulation studies were normal, and a combined spinal/epidural anestheticwas administered for labor. The patient also had a positive stress test,and an arterial catheter was used for monitoring blood pressure continuously. This patient delivered vaginally [9]. The other case report published by Fanet al.[10], the patient with protein S deficiencyhad been treated with heparin subcutaneously who presented for a cesarean section. Rather than recheck, the PT, and PTT following a heparin subcutaneous dose, a general anestheticwas administered. These authors recommended avoiding spinal anesthesia in patients who have received heparin [10]. We disagree with these recommendations. Patients presenting for cesarean section are at increased risk for aspiration before intubation for general anesthesia, and there is an increased risk of difficult intubation. A regional anesthetic such as subarachnoid block and may be epidural anesthesia/analgesia could be considered as achoice of anesthesia if heparin was given 24 h before and PT/aPTTis normal [9]. At the same time to note, there are many studies showing that heparin may be safely restarted 1 h after epidural catheter insertion and it is possible that at the same time interval catheter can be removed [11]. Labor stress triggers neuroendocrine and metabolic response similar to surgical stress, resulting in hypothalamo-hypophysial axis activation and consequent hypercoagulability [12,13,14]. Hence, anesthetic techniquein this case should aim at maternal comfort and fetal well-being in addition to attenuating labor stress response. It is known that spinal analgesia is more effective in attenuating neuroendocrine and metabolic response to labor than systemic analgesia [15],justifying the choice of epidural analgesia with continuous infusion. Mechanisms by which spinal blocks modulate coagulation are not well defined; however, other factors different from neuroendocrine response decrease to maternal stress are involved including increased blood flow in the blocked region, increase in fibrinolytic activity through prevention of plasma plasminogen inhibiting factor increase [14], and decrease in platelet aggregation and blood viscosity. On the other hand, other factors involved in hypercoagulability such as increased IL1, IL6, and tumor necrosis factor are not influenced by current labor analgesic techniques.

Pregnancy is associated with major changes in hemostasis including increases in the majority of clotting factors, decrease in the quality of natural anticoagulants, and a reduction in fibrinolytic activity. Regional techniques can be used in these patients provided she has been investigated properly and has been off anticoagulants for the specificperiod of time. 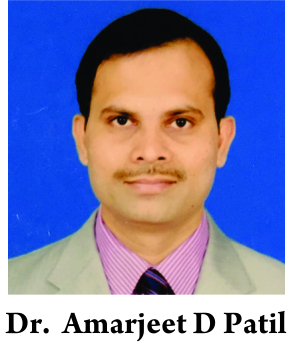