Femoral nerve (FN) and the lateral femoral cutaneous nerve (LFCN) blocks with local anesthetic (LA) are required to provide perioperative anesthesia and/or analgesia for fractured neck of femur surgeries, skin grafting from the upper thigh, and biopsy from the quadriceps muscle for the diagnosis of muscular disorders. Fractured neck of the femur is common in the elderly and is often fixed with dynamic compression hip screw (DHS), cannulated screw fixation, or intramedullary nailing and hip screw. Some of these fractures might need total or hemi-hip arthroplasty. Of these surgeries, DHS is one of the most common procedures and the nerves that supply the area involved in the surgery include the FN and LFCN which arise from the lumbar plexus (LP). Although the FN that arises from the nerve roots L2-4 is the main nerve that needs to be blocked for analgesia, the incision in DHS is supplied by the LFCN that arises from L2,3. It has been noted that occasionally the LFCN may arise from the FN and not as a separate branch of LP. These two nerves can be blocked separately, as a part of the 3-in-1 or fascia iliaca compartment block (FICB) using a larger volume of LA (0.6–0.8 ml/kg of 0.25% Levobupivacaine). In most instances, ultrasound (US)-guided 3-in-1 or FICB can block the LFCN reliably, but the sample size in these studies to definitively conclude this finding is too small [1,2]. Individual nerve blocks of the femoral and lateral cutaneous FN would require two separate punctures. We describe an US-guided block technique that blocks both the femoral and LFCN using a single injection point and we call this “US guided 2-in-1 Block” for neck of femur fractures. Below the inguinal ligament, FN lies outside the femoral sheath and below the fascia iliaca, whereas LFCN lies above fascia iliaca. For this block, a patient lies supine, and after preparing the area aseptically, the US probe is placed below the inguinal ligament just medial to the anterior superior iliac spine (ASIS). The needle entry point is from lateral to medial, near to the ASIS. After piercing the fascia lata, 10 ml of LA is deposited under it to block the LFCN (Figs.1 a and b). The needle is then advanced further to pierce the fascia iliaca and the 15–20 ml of LA is deposited (Fig 2a). On moving the US probe medially, it can be observed that the LA surrounds the FN (Fig 2b). Since we do not need to go near to the FN, the chances of nerve injury and vascular puncture are almost negligible. This is a good technique for beginners in US-guided blocks who may be acquiring the hand–eye coordination and are afraid of nerve injuries or intravascular injection causing LA systemic toxicity. Although our technique seems to be safe and easy to perform, a randomized controlled trial with a larger sample size is needed to validate its superior efficacy and reliability compared to other described techniques. 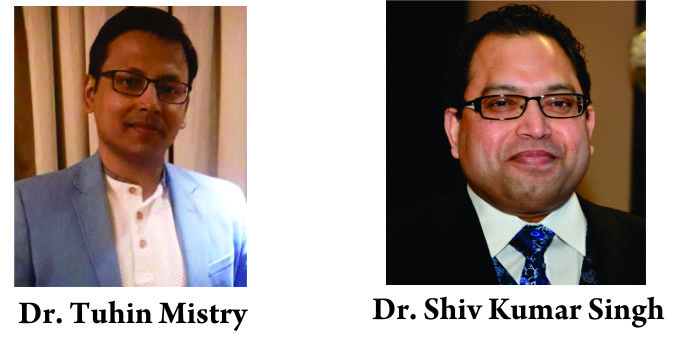