Introduction:We present a case of a trapped epidural catheter in a lady who had a combined spinal epidural (CSE).
Case Report: A 75-year old lady had an elective left total hip replacement under a combined spinal epidural. Her past medical history included only hypertension. The regional anaesthetic was sited satisfactorily with no immediate complications and the surgery was uneventful. At the end of surgery, the epidural catheter could not be flushed or removed. We were only able to remove it intact using forward lumbar flexion with the catheter flushed with saline, and on examination of the epidural catheter there was a noticeable pinch at 5.5cm.
Conclusion: A trapped epidural catheter is a rare complication but needs careful patient positioning and traction to avoid catheter shearing inside the patient.
Keywords: Orthopaedics, anaesthesia, regional, CSE.

This case is important because epidurals are increasingly being used and regional anaesthesia is rapidly expanding within surgery. A combined spinal epidural (CSE) has the advantage of extending the duration of surgery by topping up the epidural catheter. This case is a rare complication where the epidural catheter was stuck and extremely difficult to remove. If too much traction is used to remove the catheter then this could risk tearing the catheter which would then remain within the patient. Successful catheter management with gentle traction and optimal patient positioning allowed us to safely remove the catheter.

A 75-year old lady was scheduled for an elective left total hip replacement for osteoarthritis. Her past medical history included only hypertension with no other co-morbidities. The anaesthetic plan was for a regional technique using a CSE as the surgeon suspected the operation to be complicated and lengthy and a single spinal injection may not have been enough to cover the duration of surgery. After monitoring was commenced, intravenous access was sited with crystalloid infusion running and the patient was positioned for the procedure sitting forward with lumbar flexion. The epidural space was located at 5cm using loss of resistance to saline technique with an 18G Tuohy needle which was uneventful. A 25G 115mm spinal needle was then introduced through the epidural needle until free flow CSF was identified. Heavy bupivacaine 0.5% was injected and the spinal needle removed and the epidural catheter inserted through the epidural and pulled back to 9cm at the skin (4cm in the epidural space) before the patient was placed supine. At this point, the epidural catheter was checked and found to be working satisfactorily. The surgical block was then checked and was satisfactory for surgery to commence. At the end of surgery the epidural catheter could not be flushed. Upon attempting to remove the epidural catheter it was stuck and could not be pulled out. If too much traction is used to the pull the catheter then this could cause shearing and result in a portion of the catheter being left inside the patient. The only way we were able to remove the catheter was to position the patient sitting forward with lumbar flexion. The catheter was subsequently removed satisfactorily and on examination was completely intact but there was a noticeable pinch at 5.5cm where the catheter had been stuck. This could have been due to likely compression from the posterior element of the spine. The patient made a good recovery from the operation and had no complications from the epidural and was successfully discharged home after three days.

A combined spinal epidural (CSE) has become increasingly popular in recent years. It can be defined as the intentional injection of drug into the subarachnoid space and the placement of a catheter into the epidural space as part of the same procedure [1]. The advantage of this technique is that you achieve a rapid neuraxial block and addition of an epidural catheter allows the block to be modified or prolonged. The technique has been widely used in orthopaedic, urological, vascular, gynaecological and surgical procedures. Recognized complications of a CSE are; failure of spinal or epidural component, catheter misplacement, damage to spinal needle or catheter, subarachnoid spread of drug, neurological damage, post dural puncture headache and infection [1]. Removing an epidural catheter after the end of surgery is straightforward and done with the patient in the lateral position. A trapped epidural catheter is an extremely rare complication and can be due to likely trapping in the vertebral spaces, posterior elements or the lamina. Catheter knotting is also another cause of trapped epidural catheter with an incidence of 0.0015% [2]. The management of a trapped catheter is extremely important as undue force will risk tearing the catheter which will end up remaining inside the patient and is usually not possible to remove. There are a few successful manoeuvres which can be used to facilitate catheter removal including; lumbar flexion, spine rotation, returning patient to the original insertion position and injecting the catheter with saline [3,4].

A trapped epidural catheter is an extremely rare complication and needs careful patient positioning to maximize chances of successful removal. It is important to not apply undue force as this will risk tearing the catheter which would then be left inside the patient. 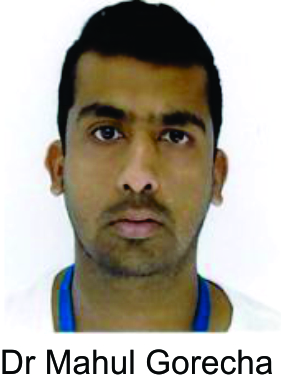