In most individuals with normal anatomy, the SVC lies to the right of the heart and drains into the right atrium. SVC duplication is one of several possible explanations if a central venous catheter tip is found to the left of the heart. It is thought to occur in around 0.1% of the general population and in 10% of those with congenital heart disease. It is a mostly benign condition. Our case involved a 73-year-old lady who was admitted to our critical care department for vasopressor support following an acetabular ORIF. Her left internal jugular vein was cannulated with a 16cm quad-lumen CVC using an USS-guided, seldinger technique. A routine post-insertion chest x-ray demonstrated the line to follow a course to the left ofthe cardiac shadow with the tip along the left margin. Due to the unusual location and the uncertainty as to whether this line was safe to use, the case was discussed with the on-call radiologist who recommended a CT thorax to confirm the line position. This scan showed SVC duplication, with the CVC tip lying within a left-sided SVC terminating in the heart (likely the left-atrium). There was no dextrocardia or situs invertus.
Whilst rare, this case highlights the importance of chest imaging following CVC insertion. In terms of the safety in using such a catheter, that should be determined by the drugs being infused, the possible locations and abnormalities presented by such a position and whether there are any other suspected complications as a result of insertion. This should be determined on a case-by-case basis.
Keywords: SVC duplication, central venous catheter position, central line.

A 73 year-old womanwas admitted to our critical care unit following a right-sided open reduction internal fixation of her acetabulum. Her past medical history included a total hip replacement 13 years previously (on the same side), atrial fibrillation, charcot-marie-tooth, hypertension, hypothyroidism and mitral regurgitation.
She was hypotensive in recovery due to a combination of epidural-related vasodilatation, residual anaesthetic, under-filling and sepsis. A peripheral metaraminol infusion was started and she was referred to critical care for ongoing blood pressure support.With escalating requirements, insertion of a central line wasindicated to facilitate administration of noradrenaline. No obvious right internal jugular vein was seen on ultrasound scan and therefore the left internal jugular vein was cannulated using a seldinger technique with no recorded difficulty.
A routine post-insertion chest x-raywas done to check line tip position and rule out complications. This demonstrated the line to follow a course to the left of the cardiac shadow with the tip along the left margin. Due to the unusual location and the uncertainty as to whether this line was safe to use,the case was discussed with the on-call radiologist who recommended a CT thorax to confirm the line position.

This plain CT thorax (no contrast) scan was reported as
“The scan confirms that the central venous catheter is intraluminal and within the left superior vena cava which is a normal variant of anatomy. Its tip lies within the heart, the exact site is uncertain.There is an absent left innominate vein. The confluence of the left internal jugular vein and the left subclavian vein continue as a left-sided superior vena cava and most likely drains into the coronary sinus of the left atrium.No other vascular anomalies. No dextrocardia or situsinvertus.”

Even though a post insertion chest x-ray may not be necessary following uncomplicated central line insertion[1-3] and despite the potential inaccuracy of the tip position due to parallax error, particularly in a portable AP view, it still routine practice in many intensive care departments across the country. The ideal tip position for most catheters would be within the distal superior vena cava, which equates to the level of the carina on a plain chest film. However, on portable AP chest films parallax error can be high and this must be taken into account. In most individuals with normal anatomy, the superior vena cava (SVC) lies to the right of the heart and drains into the right atrium. Therefore, if the tip is found to be to the left of the heart, we reason that there are three possible scenarios:
1. The tip is sitting in the subclavian vein and has not reached the SVC, but due to parallax error it appears to sit to the left of the heart
2. The tip is in the left superior intercostal vein
3. There is an anatomical abnormality such as SVC duplication, situsinversus or dextrocardia
In our case, SVC duplication was found. This is thought to be present in approximately 0.1-0.5% of the general population[4-6], or 2-11% of those with other congenital heart disease[7-10]. Eighty two percent occur with a normal right-sided SVC, with 8% draining into the left atrium[11], as is this case. They are often missed due to the co-existence of a right-sided SVC, with CVCs most commonly placed on this side and therefore an abnormality would not be evident. Various classifications have been proposed for SVC duplication including on the basis of the presence/absence of an anastomosis between the left and right SVCs12 or on type13:
1. An anastomotic branch between the left and right
2. No anastomotic branch
3. L alone with degeneration and disappearance of the right
4. Double SVC with paired azygous
Despite a duplicate SVC usually being a benign anatomical abnormality, there is some clinical significance to their existence:
1. The patient is more likely to have co-existing cardiac abnormalities
2. There may be a right to left shunt if the duplicate drains into the left heart
3. There may be difficulties in cardiac catheterisation[14-15]
The coexistence of a duplicate SVC and shunt is high[1]. In our casethe exact course and drainage of this duplicate was unclear as the CT performed was non-contrasted. The exact drainage of this vessel remains uncertain but is most likely to be into the coronary sinus. In cases of known SVC duplication, extra care should be taken to avoid placement of guidewires or catheters near the coronary sinus as this is particularly arrythmogenic[16]. If indeed it did open into the left atrium, it would have formed a shunt between the left and right atrial systems, although there was no obvious clinical significance. Usually the ideal catheter tip placement is accepted as being in the largest possible vein (but outside the pericardial sac) and parallel with the long axis of the vein to prevent it abuting the vein wall[11]. The importance of whether this is achieved depends very much on its intended use. For example, CVP or mixed venous saturation measurement would require different positions compared to extra-corporeal circuits or those to be used for vaso-toxic drugs. Regardless of the actual drainageof our duplicate SVC, it was clear the catheter tip was sitting in a large vein. As we anticipated only low dose noradrenaline being required for a short period of time, wedeemed it appropriate to use the line. As the presence of a shunt predisposes to systemic air or particulate emboli on catheter usage we warned the nursing staff to be particularly cautious when aspirating and flushing the line. Although Charcot-Marie-Tooth (CMT) can cause a variety of motor and sensory neuropathies, there is no evidence linking this condition with vascular anatomical anomalies. The co-existence of a duplicate SVC and her CMT is probably a coincidence. Cardiovascular abnormalitiessuch as dilated cardiomyopathy and conduction disturbances have been linked with CMT[17].

The authors recommend that any abnormal or unexpected central venous catheter position be discussed with a radiologist to ascertain the need for vascular imaging. In terms of the safety in using such a catheter, that should be determined by the drugs being infused, the possible locations and abnormalities presented by such a position and whether there are any other suspected complications as a result of insertion. This should be determined on a case-by-case basis.

10. Ovassapian A, Krejcie TC. Awake fiberoptic intubation in a patient at high risk of aspiration. BJA 1989;62:12. 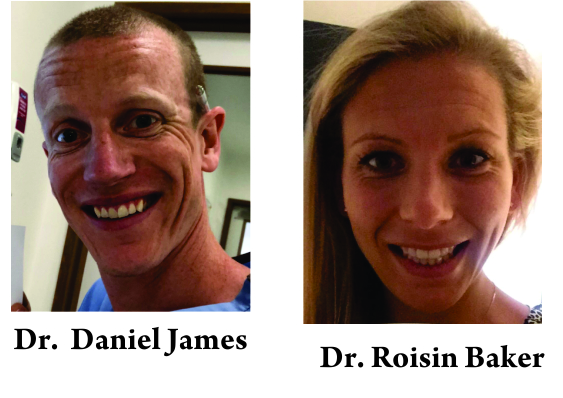