Introduction: Patient with permanent pacemaker for non cardiac surgery with incision over the pacemaker device and using magnet during the procedure are important features of our case.
Case Report: 60 years male, diabetic,hypertensive with H/o myocardial infarction 15 years back with pacemaker implanted in 2012 came for deltopectoral flap surgery.Intraoperative conversion of the pacemaker to asynchronous mode using magnet and various precautions to avoid pacemaker malfunction are the highlights of this case management.
Conclusion: Successful management of a patient with permanent pacemaker using magnet is possible with utmost care and precautions.
Keywords: Pacemaker, magnet, asynchronous.

Patients with permanent pacemaker for non cardiac surgery pose a considerable challenge [1].Challenges increase as distance of surgical site from the pacemaker decreases. We present a case with incision over the pacemaker device making it more complicated and usage of magnet during the procedure makes it noteworthy.

All emergency drugs, defibrillator and temporary pacemaker were kept ready. Standard monitoring with ECG, NIBP,SpO2 and ETCO2 was done. Pacemaker was set to ASYNCHRONOUS mode using MAGNET at pulse rate of 70 bpm. Pre-oxygenation with 100% oxygen and induction was done with Inj. fentanyl 3µg/kg,Inj. propofol 0.5 mg/kg and Inj. vecuronium 0.1 mg/kg, intubated and mechanically ventilated with volume control mode. Maintainance of anesthesia was done with oxygen, air and isoflurane. Intraoperatively, Ringer lactate 1000 ml and 1 gm paracetamol infusion was given. Normotension, normocapnia, normothermia was maintained. Bipolar cautery was used in short bursts. Reversal was done with inj neostigmine 0.05 mg/kg and inj glycopyylorate 0.01 mg/kg .Pacemaker was reset to preoperative settings. All measures were taken to prevent shivering. 24 hours ICU monitoring was done and patient was discharged on 3rd postoperative day.

Pacemakers interpret electromagnetic interference (EMI) as intrinsic cardiac activity, not triggering the paced rhythm. EMI can damage the pulse generator. Dual chamber pacemakers are more susceptible than single chamber. Precautions to be taken are reprogramming to asynchronous mode by using magnet. The magnet is placed over the pulse generator to convert it in a non-sensing asynchronous mode with a fixed pacing rate called as magnet rate [1].Magnets are thus used to protect the pacemaker dependent patient during EMI such as electrocautery [2].Also, if pacemaker details are not available magnet may identify particular model with the help of magnet rate, which varies among different manufacturers and thus provide clue for its identification [1]. Other precautions to be taken in these patients are shivering and myoclonic movements to be avoided. Also avoid succinylcholine, etomidate, ketamine, direct muscle stimulation, TENS, peripheral nerve stimulator. Electrocautery: Bipolar cautery preferred as current loops between the electrodes only [3] and does not pass through the whole body. Electrocautery should not be used within 15 cms of pacemaker device. Grounding plate should be away from pacemaker on same side of operative field and close to the surgical site, and it should not cross the body. Cautery should be used as short burst of < 2 sec with gap of minimum 10 seconds. Peripheral pulse must be continuously assessed. Increased risk of pulseless electrical activity remains. If malignant ventricular tachyarrythmias develop cardioversion or defibrillation is indicated with antero-posterior position of pads and away from the pacemaker site.

Safe and efficient management of a patient with pacemaker is possible by understanding the implantable system, pacemaker battery life and its indication. Need for conversion to asynchronous mode by using magnet and appropriate use of electrocautery should be done. 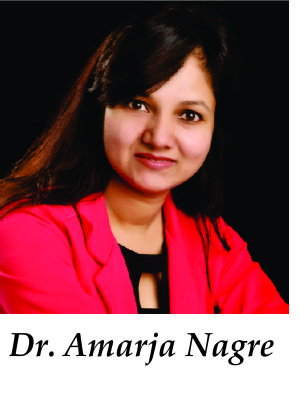