Introduction: Thoracic paravertebral block (TPVB) is technique of injecting local anesthetic adjacent to thoracic vertebra where the spinal nerves emerge from intervertebral foramina. This results in ipsilateral somatic and sympathetic nerve blockade in multiple contiguous thoracic dermatomes above and below the site of injection. The objective of this retrospective self-audit was to assess the safety and efficacy of regional anesthetic technique – PVB for modified radical mastectomy (MRM), thus avoiding complications of general anesthesia (GA) and thoracic epidurals, especially in high-risk patients. Medical records of 100 patients who underwent MRM using PVB as a regional technique are reviewed. PVB achieved effective anesthesia for cancer operations of breast and axilla, with no conversion to GA. Sensory block persisted till the next day for about 24 h. Oral intake was allowed early in the immediate post-operative period with no increased incidence of post-operative nausea and vomiting. There was no requirement of narcotics for post-operative pain control coupled with minimal intensive care unit (ICU) stay. All patients with comorbid diseases were admitted in ICU for 6 h post-operative and American Society of Anesthesiologists Grade I patients for 2 h post-operative in ICU. PVB can be used for breast cancer surgeries without conversion to GA, improving the quality of care after MRM.
Keywords: Paravertebral block, breast cancer, pain relief, post-operative nausea vomiting, high-risk patients, nursing homes, post-operative care.

This case series reviews the use of TPVB for MRM in 100 patients over a period of 10 years as an alternative to GA in high-risk cases deemed medically unfit by treating physicians. The cases were conducted mostly in nursing homes and focused specifically on anesthetic effectiveness, and complications, surgical recovery, PONV, analgesia, and intensive care unit (ICU) stay.

Subjects and Methods
All 100 cases of MRM were conducted, keeping in mind the anesthesia risks, patient cooperation and surgeon willingness for new procedures. Of these 100 cases, 99 patients were women, and one was a male patient. All patients were admitted overnight and underwent pre-operative assessment and counseling. Patients were duly explained the procedure and the necessity for this type of anesthesia, especially since it involved multiple needle pricks. All 100 cases were done in the absence of ultrasonography machines and in high risk, American Society of Anesthesiologists (ASA) grade 3/4 patients. Comorbidities in these 100 cases are depicted graphically in Fig. 1. TPVB was performed in a safe environment, operation theater, with the patient mostly in a sitting position. The procedure included injecting of local anesthetic adjacent to the thoracic vertebra close to where the spinal nerve emerges from the intervertebral foramina and divides into dorsal and ventral rami. This space also contains the sympathetic trunk and rami communicates, hence injection of local anesthetic in this space results in ipsilateral somatic and sympathetic nerve blockade in multiple contiguous thoracic dermatomes above and below the site of injection [4, 5]. Local infiltration was done by injecting lidocaine intradermally at the site of needle insertions.

The superior aspects of the spinous processes of C7-T6 were marked. On the side of surgery, a point 2.5-3.0 cm was marked lateral to the spinous process. A 25 G Spinal needle was used for performing the block. The needle was inserted perpendicular to the skin for a distance of 2-3 cm (in obese patients up to 4 cm) until the transverse process was contacted (note that this transverse process is of the vertebra one below) [6]. The needle was then withdrawn and walked off the transverse process caudally and advanced further 1.5-2.0 cm (not >2 cm) [7]. After aspiration, 3-4 ml of a combination of 0.2% bupivacaine and 0.8% xylocaine with adrenaline was administered after negative aspiration for blood, cerebrospinal fluid, and air was confirmed. The onset of sensory block occurred 10 min after injection with surgical anesthesia ensuing at about 20-30 min following the injection. Around 8-10 ml of the local anesthetic remaining from the block was infiltrated in the infraclavicular area and along the sternum medially. Mastectomy was performed using electrocautery through an oblique incision extending up to axilla, and axillary dissection performed for lymph nodes through the same incision. Use of electrocautery in the axilla can cause severe contractions of the upper limb and chest wall muscles from stimulation of the nerves from the brachial plexus in the axillary region. Following the completion of the surgery, the patients were shifted to the recovery room with monitored care. All patients were administered oxygen via facemask. In addition, analgesics were administered on request and consisted of a single dose of injection diclofenac sodium. All the 100 patients were allowed oral intake in the form of clear fluids 4 h postoperatively. None of the patients complained of PONV. All the patients had very good pain relief for more than 12-15 h. All patients were discharged satisfactorily.

In all the 100 patients, surgery was completed without any conversion to GA. In some of the cases, infraclavicular infiltration was required with xylocaine. Block distribution in patients is depicted in a pie chart (Fig. 2). Approximately 42% of the patients required sedation intraoperatively. In around 8% of the patients, propofol injection was used for sedation. The remaining 52% of the patients were successfully operated by means of only TPVB block. Around 8% of the patients showed hypotension. Pneumothorax was observed in one patient.  oreness of back muscles at injection site was observed in 2 cases. This was treated with anti-inflammatory drugs and ice packs for 2 days. Sensory block lasted for 24 h postoperatively. Oral intake was started early in the post-operative period. No patient complained of PONV. Thus, use of PVB resulted in a significantly reduced ICU stay. All patients were initially shifted to ICU: ASA Grade I for 2 h and patients with comorbidities for 6 h. No significant post-operative morbidity or debilitating conditions were noted in the form of PONV, breathlessness and worsening of any cohabiting medical condition. Pneumothorax in the single case was detected after 14 h (tachypnea and tachycardia), and intercostal drain was put which was removed after 48 h. In the post-operative period, patients were pain-free and less anxious, and this made it possible for early discharge. No wound infections were noted for a week or 10 days till stitch removal. Around 80% of the patients rated the overall surgical, anesthetic and recovery experience as “very satisfactory.” Five patients expressed anxiety over the number of needle pricks on the back and also awareness of the surroundings during anesthesia and these patients were provided sedation for the rest of the duration of the surgery. Rest of the 95 patients expressed pleasure at the whole experience and ability to return home early. The fact that the anesthesia did not affect their medical condition and no serious complications were associated with the technique made the whole experience highly satisfactory.

It is reported that one in every 22 women in India is likely to suffer from breast cancer during her lifetime, while this figure is definitely more in the US with one in every 8 women being a victim of this deadly cancer [8]. In patients undergoing operative treatment for breast cancer, TPVB can be given successfully used to provide anesthesia and analgesia with minimal complications. Patients undergoing surgery of breast and axilla using this technique have fewer incidences of PONV as compared to those undergoing GA [9]. They require less analgesic in the early post-operative period. Discharge of patients was earlier compared to GA. Morbidity and mortality is very low using this technique in the high-risk patients with several comorbidities. The technique also allows early ambulation and reduces the duration of ICU stay [5]. Most of the patients had severe cardiac and pulmonary comorbidities that necessitated the need to avoid GA or thoracic epidural anesthesia, thus arising the requirement for TPVB. TPVB provided adequate anesthesia for surgeries of breast and axilla [4, 5]. In 40% of cases, sedation was administered to allay anxiety, in 36% cases sedation was supplemented using intermittent propofol. None of the cases required conversion to GA. Table 1 gives the information about the medical conditions, operative procedures and sedation. AQ4 Failure of thoracic epidural anesthesia for breast cancer reported in a recent study was 26%, which was due to the procedure being operator dependent [9]. By contrast, efficacy of TPVB does not appear to be operator dependent, which is consistent with the observation that TPVB is a relatively easy technique to learn [2]. Paravertebral blockade in conjunction with sedation provided adequate anesthesia for majority of the patients without conversion to GA. In patients with severe cardiac reserve and pulmonary reserve (16%), even sedation was not given, and the procedure was well tolerated. Requirement for immediate analgesics was 25% and IV paracetamol, diclofenac or tramadol were used. The sensory block lasted almost up to 24 h in the post-operative period. There were no incidences of nausea and vomiting in the intra- and post-operative period. The cost of care for patients undergoing breast and axilla surgeries under TPVB is much less as compared to GA [4]. This is especially so in medically unfit patients, i.e., in patients with cardiac and pulmonary comorbidities, that pose an increased threat under GA. Such cases done under GA also require ICU stay and post-operative ventilatory support may be needed. Thus in the current climate of cost containment and managed care delivery, the shorter the hospital/ICU stay experienced by patients undergoing TPVB will result in significant cost savings. The ability to avoid prolonged hospitalization and recovery without pain, nausea and vomiting softens the impact of a cancer diagnosis and encourages early return to normal activity, especially in patients with multiple comorbidities [10]. Patient satisfaction has also been high with this technique making it the most meaningful aspect of using TPVB. 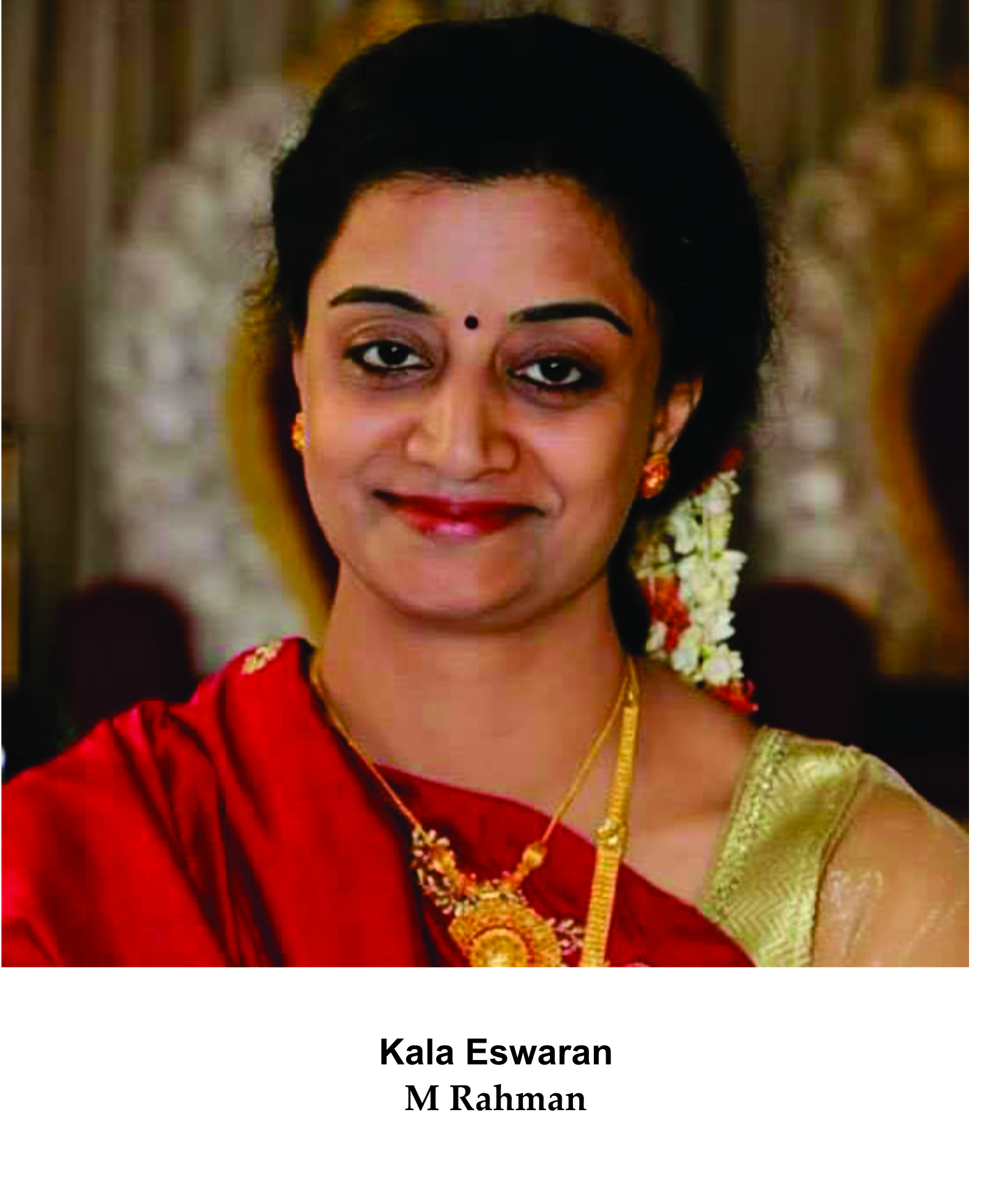