Internal jugular vein catheterization is commonly used for inserting a chemotherapy port catheter. However, such catheterization may be associated with risks of inadvertent puncture of artery, vein, and pleura and other nearby structures leading to serious life threatening complications. Central venous catheter placement using ultrasound guidance has significantly reduced the complications associated with anatomical puncture. However, the central venous catheter can still get misplaced if it follows an anomalous route even after appropriate puncture of the desired vessel.

A 78-year-old female was admitted under the surgical service for elective chemotherapy port placement. She was a known diabetic, hypertensive and hyperthyroid well controlled on medications. She had undergone right modified radical mastectomy seven years ago for carcinoma of breast and was then scheduled for chemotherapy for fresh metastatic lesions. Her blood investigations, pre-procedure chest X- ray and ECG were within normal limits.  General anaesthesia was induced with no complications. Since right internal jugular venous cannulation was unsuccessful, left internal jugular venous cannulation was done after locating the vein with a pilot puncture. The port catheter was guided into the sheath after ascertaining back flow of blood. The sheath was subsequently peeled off and the left infraclavicular region incision was sutured. However, blood could not be aspirated from the port using port needle. Immediately chest X-ray was performed on the table which showed misplaced port catheter (Fig.1). Patient was extubated and shifted immediately for the CT scan of neck and thorax. CT scan of the thorax showed the tip of the port catheter placed in anterior mediastinum (Fig.2).  Six hours later patient complained of breathlessness. On auscultation, air entry on right side was reduced. Repeat chest X-ray showed right sided pneumothorax (Fig.3). Chest tube drain was placed in right hemithorax, which was removed after 48 hours with complete resolution of pneumothorax (Fig.4). In view of patient’s reluctance to undergo any further procedure she was discharged with chemotherapy port in-situ. She received chemotherapy from peripheral venous access. Four months later after completion of her chemotherapy, port catheter was removed without any complications.

Internal jugular vein is widely used for venous access for chemotherapy port insertion. Right internal jugular vein (RIJV) is often selected as an ideal vein for central venous access because of its straight course and reduced risk of malposition [1] The anatomy of the left IJV makes a central venous line pass through two near- 90-degree turns, the first at the junction of the left IJV and the left subclavian vein, and the second at the junction of the left brachiocephalic vein and the superior vena cava, therefore this may be associated with serious life threatening complications, including a higher risk of puncture of the carotid or subclavian artery, pneumothorax, hemothorax, cardiac tamponade, or venous penetration and misplacements [2]. In most cases, injury to the vein is due to trapping of the guidewire against the wall of the vein and subsequent perforation of the vein with a stiff dilator [3] A possible explanation of the mechanism of vascular complication includes forced manipulation of the dilators or guide wires against resistance. In our case, the most likely possibility is that the guide wire got stuck at the junction of left internal jugular and left subclavian vein and the dilator perforated and entered anterior mediastinum on the left side. This appears to be the most likely explanation as we had to withdraw the dilator- sheath assembly by almost four cms before we could aspirate blood. Plain radiographs can be used to confirm catheter position within the chest and to detect pneumothorax, haemothorax, or effusions after CVC placement. There are limitations to such imaging, for assessment of true catheter position in part due to their 2D projection [4]. Conventional ultrasound can guide proper puncture of the desired vessel , however it cannot help in directing the catheter inside the vein. Even then use of ultrasound guidance misplacement of venous catheters have been reported [5,6]. Probably the best preventive measure is to use fluoroscopy to observe the course of the guidewire and to observe the central venous catheter as it advances over the guidewire to be sure that it is following a proper anatomic pathway [3]. Other preventive measure that may be useful include moving the guidewire back and forth slightly during insertion of the central venous catheter to be sure that the wire is not trapped against the wall of the vein. Difficulty in inserting a guidewire should suggest immediately that the guidewire has taken an abnormal course into a branch vessel or has curled back on itself, which may increase the risk of injuring the vein while inserting the catheter. The use of fluoroscopy to determine the cause of difficulty advancing the guidewire should be considered strongly under these circumstances. If blood cannot be aspirated after insertion of a central venous catheter, it should not be removed until suitable imaging is obtained to confirm its exact location. We recommend routine use of ultrasound guidance to ensure proper entry of catheter into the vein and use of fluoroscopy to observe the central venous catheter as it advances over the guide wire to be sure it is following a proper anatomic pathway specifically while catheterizing left internal jugular vein. We also recommend routine use of post procedural chest radiographs as they help in early detection of complications. 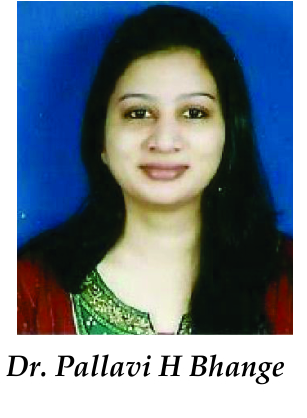