Introduction: Managing the airway of a patient with hereditary angioedema can be a nightmare for the anaesthesiologist. Airway manipulation may trigger laryngeal oedema. Recurrent submucosal oedema formation can produce upper airway obstruction leading to life threatening asphyxia, which is a characteristic of this disorder.
Case Report: Undiagnosed or improperly managed cases are associated with a high mortality rate. We would like to report a known case of hereditary angioedema (HAE) who presented in the emergency room with severe dyspnoea and facial and labial oedema. A review of literature is also presented.
Conclusion: A more thorough knowledge about these cases is required, especially in India, where the incidence is very low or is grossly under-reported.
Key Words: Hereditary angioedema; difficult airway; tracheostomy.

Hereditary Angioedema (HAE) is a rare, autosomal dominant blood disorder that causes episodic attacks of swelling that may affect the face, extremities, genitals, gastrointestinal tract and upper airways. Oedema often involves the mucosa of the mesopharynx and hypopharynx. Three forms of HAE have been deﬁned [1,2]; Type 1 HAE due to C1-INH deﬁciency, Type 2 HAE due to C1-INH dysfunction (low functional C1-INH levels) and Type 3 HAE with normal C1-INH antigenic and functional levels (HAE-3). Acquired C1-INH deﬁciency could be bradykinin mediated or mast cell mediator histamine mediated (urticarial or anaphylactic angioedema). The impairment of C1-INH function leads to the activation of several plasma enzyme cascade systems controlled by the C1-INH protein leading to the release of bradykinin, which enhances capillary permeability and results in the extravasation of plasma into the interstitial space causing oedema formation [3]. Airway manipulation further increases oedema. Intubation, cricothyroidotomy, percutaneous or surgical tracheostomy is recommended early before progression of oedema leads to the loss of airway [4] (figure  1). Administration of plasma derived C1-INH concentrate for the treatment of attacks is a viable and safe option [4].

52 year old male, a known case of hereditary angioedema (HAE) since ten years, presented to the emergency room with severe facial and labial oedema and increasing dyspnoea since eight hours. He had already received three units of fresh frozen plasma (FFP), inj hydrocortisone 200mg iv, inj pheniramine maleate 45mg iv, epinephrine nebulization and oxygen via face mask @ 15 L/min. His past history included similar episodes of oedema. Tracheal intubation was required in one such episode. His past medication included stanozolol and cetirizine. However, since past three years stanozolol had been discontinued following a hepatitis E infection. On presenting in the emergency room, patient’s face and lips were oedematous. He had laboured breathing and was using accessory muscles of respiration. He was unable to speak in full sentences. He was afebrile, heart rate was 132 bpm, blood pressure (BP) 150/90 mm Hg and respiratory rate of 40/min. SpO2 was 78% on room air, it increased to 88% with oxygen (15 l/min) using a facemask. We assisted his ventilation using a bag valve mask device with oxygen (15 l/min) attached. His oxygen saturation improved further to 99%. Fearing progression of oedema and further worsening of his condition, we decided to secure the airway. A small bore cuffed orotracheal tube of 5.5mm ID with stylet, difficult airway cart and emergency drugs were kept ready. Patient was sedated with inj Propofol and a check laryngoscopy using mackintosh laryngoscope blade # 3 was done. However, due to severe oedema and distorted anatomy, glottic aperture could not be viewed. Intubation attempt was abandoned, and patient was shifted to the operation theatre continuing assisted ventilation with oxygen with a bag mask valve device. His vitals remained stable. In the operation theatre (OT), informed consent for emergency tracheostomy was obtained. A team of ENT surgeons comprising of a senior consultant and consultant and trained theatre staff was scrubbed-up and ready for emergency tracheostomy, if required. Difficult airway cart and emergency drugs were kept ready. In the meantime, while OT was being prepared, injection Tranexamic acid 1gm slow IV was given over 10-15 minutes. Nebulization was also continued with budesonide. Patient was administered inhalational anaesthesia with sevoflurane (2%) in oxygen. After attaining sufficient depth of anaesthesia, intubation was attempted using C-MAC laryngoscope but glottic opening could not be visualized again owing to oedema. The glottic view remained almost the same as it had been in the emergency room. I-gel airway size 4 was inserted and secured. Fiberscope was introduced through the I-gel airway using swivel connector; ventilation was continued using sevoflurane (1-2%) in oxygen. We failed to negotiate the fiberscope beyond the epiglottis owing to severe oedema. The procedure was immediately abandoned. Patient was being ventilated through the I-gel airway. His heart rate was 88/min, BP was 133/88mm of Hg, SpO2 97% and EtCO2 44mm of Hg. Emergency surgical tracheostomy was immediately performed within 5 minutes. A cuffed tracheostomy tube (TT) size 8.0mm ID was inserted & secured with sutures. After connecting the TT to the ventilator, I-gel airway was removed. Patient was shifted to the intensive care unit (ICU), where he received assisted mechanical ventilation (SIMV mode), medications included nebulization with budesonide and levosalbutamol, dexamethasone, pantoprazole, tranexamic acid and cefuroxime. Midazolam & Fentanyl infusion were given for sedation besides other supportive care. Next day, a fiberscope was introduced nasally to assess the degree of oedema; it had subsided considerably. Vocal cords could now be appreciated as a chink. Photographs were taken for documentation (figure 2 ). Patient was gradually weaned off the ventilator and put on T-piece 40% with oxygen @ 10-12L/min and after 48 hours of observation in the ICU, was transferred to ward. His tracheostomy was closed after five days. He was discharged and advised to take stanozolol (after reviewing his liver function tests which were within normal limits), cetrizine and hydroxyzine and follow-up after a week. He was also advised to carry an emergency card stating his condition on his person at all times. 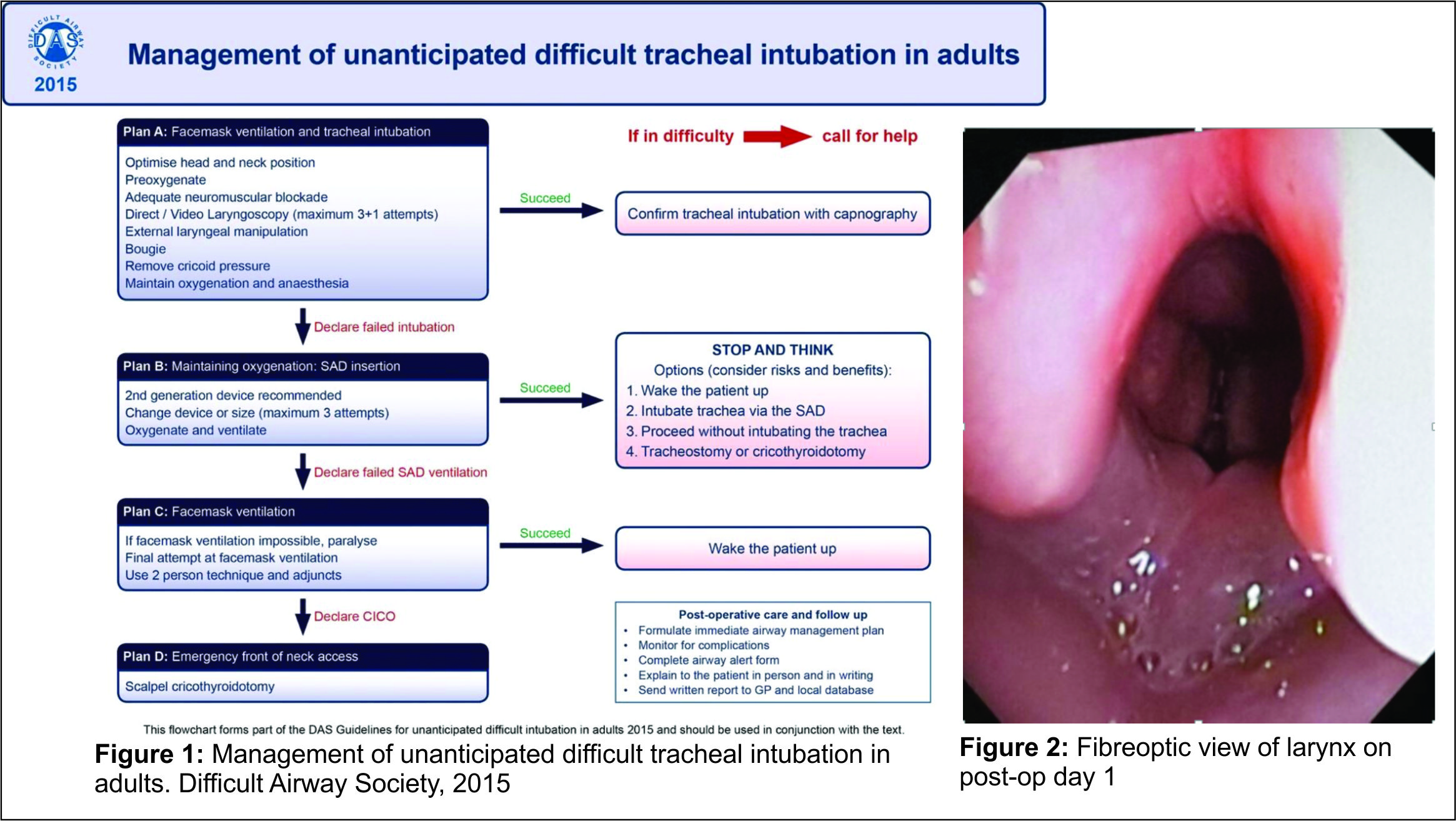 HAE or Quicke’s disease is a rare, autosomal dominant disorder. Incidence of HAE is reported to be approximately 1 in 10,000 to 1 in 50,000 [5]. In our case, the patient suffered from HAE type 1. Oedema of the face and lips usually comprises approximately 3%of the episodes of subcutaneous oedema. It should be regarded as an important “initial” symptom, because upper airway oedema is preceded by facial or labial oedema in 15 to 30 per cent of cases, as seen in our case. It may be triggered by trauma [2], surgery, dental work, viral illness and stress or may not always be determined. We were unable to identify a trigger in our patient. Mortality is 15–33% primarily from laryngeal oedema and asphyxiation [6]. If a patient presents with recurrent angioedema (without urticaria), recurrent episodes of abdominal pain and vomiting, laryngeal oedema, a positive family history of angioedema & failure to respond to antihistamines, glucocorticoid, or epinephrine, a high index of suspicion for HAE should be made [4]. Our patient suffered from recurrent attacks in the past, his daughter too suffered from a similar ailment. A confirmatory blood test (ideally during an episode) of serum complement factor 4, C1 inhibitor (C1-INH) antigenic protein, C1 inhibitor (C1-INH) functional level should be done [7]. The C1 Esterase Inhibitor titre of our patient was 95 mg/L (normal range 302 -414). The treatment of acute attack is largely supportive and priority is given to securing an adequate airway [4]. HAE does not respond to epinephrine, antihistamines and corticosteroids [4]. According to World Allergy Organization guidelines [4], HAE should be treated with C1-INH, ecallantide, or icatibant. If these drugs are not available, attacks should be treated with solvent detergent-treated plasma (SDP). If SDP is not available, then attacks should be treated with FFP. It is recommended that intubation or tracheostomy should be considered early in progressive upper airway oedema. Prophylaxis is recommended in recurrent attacks of laryngeal oedema. Attenuated androgens such as 17 alpha ethinyl testosterone (Danazol) and Stanazolol [8] and potent androgens such as Oxandrolone and antifibrinolytic agents such as Tranexamic acid and Epsilon aminocapronic acid are also used though the efficacy in suppressing breakthrough attacks seems to be low with antifibrinolytics. Androgen hormone therapy acts by increasing the hepatic synthesis of C1 esterase inhibitor. Our patient was advised prophylaxis with stanozolol and cetirizine. However, stanozolol treatment had been discontinued following hepatitis E infection since three years. This might have been a contributing factor in precipitating this life threatening airway oedema. Since our patient was a diagnosed case of HAE, we were able to initiate necessary treatment early. Early administration of FFP may have been beneficial in slowing the progression of oedema.

This case highlights the importance of anaesthetists considering ACS in haemodynamically unstable, deteriorating patients with sub optimal access to comprehensive examination. Only one previous case has been reported in the literature, however due to insidious nature, it is likely to be under reported or unrecognized. Given the morbidity and mortality associated with late recognition of ACS, failure to rapidly recognize and appropriately treat acute intra-operative ACS can be fatal. Prevention and timely intervention is associated with marked improvements in cardiopulmonary function and overall patient survival.

Too many attempts at intubation can be catastrophic and they may substantially increase the degree of oedema and cause complete airway obstruction. Airway control must be established early. One should always be prepared to secure a surgical airway in these cases. 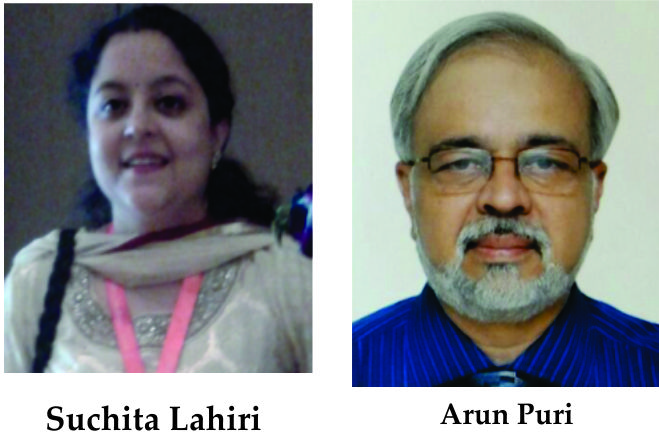