Gilbert syndrome is characterized by decreased activity of UDP-glucuronyl transferase making these patients susceptible to otherwise non-toxic doses of  the anaesthetic agents [1,2]. We here describe a case of acromegaly with Gilberts’s syndrome  posted for elective trans-sphenoidal surgery.

A 26 year old female patient diagnosed with acromegaly presented to us for trans-sphenoidal surgery. Patient had two episodes of jaundice a few years back and was diagnosed with Gilberts syndrome. She had a history of hypertension, type II diabetes mellitus and hypothyroidism for past 10 months and was taking oral amlodipine 10 mg, tablet glimeperide 500 mg twice a day, tablet metformin 500 mg twice a day and tablet thyroxine 50 mcg on regular basis. On airway examination, MMP was grade III with macroglossia and prognathism but normal neck extension and thyromental distance. Routine laboratory investigations were within the normal range except for the serum bilirubin levels of 1.81 mg/dl (unconjugated-1.57 mg/dl, conjugated- 0.24 mg/dl). On ECHO, patient had concentric left ventricular hypertrophy, grade I left ventricular diastolic dysfunction and ejection fraction 55%. The patient was premedicated with oral alprazolam (0.5 mg), ranitidine (150 mg). Normal saline maintenance infusion was started in the morning of the surgery. Her fasting blood sugar was within normal limits (110 mg/dl). Difficult airway cart was kept ready in view of the airway changes associated with acromegaly. Intra-operative monitoring was done as per ASA standards. Patient was induced with propofol (120mg) and trachea was intubated orally with 7.5 mm cuffed ETT after injection atracurium (35mg). Fentanyl 160 µg was administered intravenously to maintain intraoperative analgesia. The CL grade on intubation was IIa. Pharyngeal packing was done to prevent trickling of the blood into the pharynx. Anaesthesia was maintained with oxygen, air (50:50) and desflurane using a circle system to achieve a MAC of 1-1.2 on Datex Ohmeda work station. Normal saline was used intra-operatively as maintenance fluid. To get a clear surgical field, nasal mucosa was infiltrated with lignocaine 8 ml (1%) and epinephrine (1:20,0000). The transient rise in the heart rate and blood pressure following nasal infiltration, vomer bone and sellar floor resection was managed with additional bolus of propofol. Emergence hypertension was treated with boluses of esmolol (50mg) while postoperative analgesia was maintained with intravenous diclofenac (75 mg). Normothermia was achieved using forced air warming blanket. Intra-operative period was uneventful. Neuromuscular blockade was reversed with injection neostigmine (3. 5 mg) and glycppyrrolate (0.7 mg) after achieving a TOF count >3. The patient had delayed awakening at around 20 minutes after desflurane was stopped (MAC awake 0.1). The patient was extubated once she had adequate respiratory efforts and tidal volume, and was fully awake responding to the verbal commands. Serum bilirubin level was 1.32 mg/dl on the first post-operative day. The patient had diabetes insipidus on the second post-operative day and was started with inj. vasopressin. The serum bilirubin levels measured on the alternative days were < 2mg/dl. Patient was discharged from hospital 7 days after surgery.

Gilbert’s syndrome is a familial condition characterised by chronic, mild (< 6 mg/dl), fluctuating, unconjugated hyperbilirubinemia due to the decreased activity of uridine glucuronosyl transferase (UGT) [1]. The reported incidence of the disease is 3-10% in the general population being more frequent in the males. By definition the hyperbilirubinemia is mild
( < 6mg/dl) ,although majority of the patients have levels < 3 mg/dl [3]. Hyperbilirubinemia gets exacerbated with infection, prolonged anxiety and any stress inducing conditions [4]. The deficiency of the enzyme affects the drug glucuronidation and as majority of the anaesthetic agents undergo hepatic metabolism, it could potentially precipitate an unexpected toxicity [2].

The patient was posted as the first case in the morning to avoid prolonged periods of fasting which can lead to increased fatty acids, which compete with unconjugated bilirubin to undergo metabolism and thus precipitate hyperbilirubinemia. Felsher et al have reported the reciprocal relation between caloric intake and the degree of hyperbilirubinemia in Gilbert’s syndrome in the patients undergoing oral surgery [3]. Intra-operatively, normal saline was used so as to avoid hyperglycemia due to secretion of counter-regulatory hormones (catecholamines, growth hormone, cortisol, and glucagon) [4]. Among the opioids, fentanyl seemed to be an appropriate choice in our patient. Morphine undergoes hepatic glucuronidation to morphine -3-monoglucuronide, which may compete with bilirubin because of the common metabolic pathway and consequently can lead to prolonged effects. Taylor et al have reported the prolonged effect of intravenous morphine in patient of Gilberts syndrome [5]. Fentanyl is primarily metabolised by N-dealkylation to norfentanyl and its hydroxylation along with norfentanyl [6]. Remifentanil seems to be a safer alternative because of its short duration of activity and rapid hydrolysis by tissue esterases [7] but it needs to be supplemented with a longer acting opioids at the end of the surgery to avoid a complicated emergence due to pain. Since the patient had been diagnosed with Gilbert’s syndrome, we preferred propofol for i/v induction in view of its short duration of action and least adverse effects on hepatic blood flow. Propofol increases total hepatic blood flow in both hepatic arterial and portal venous circulation, suggesting a significant vasodilator effect [8,9]. Thiopental on the other hand may decrease hepatic blood flow due to increased hepatic arterial vascular resistance [10]. Thiopentone and ketamine have also been reported to interfere with the post-operative liver functions in a dose-dependent manner [11,12]. There is no specific anaesthetic technique having an advantage over the other in the management of acromegalic patients. Use of inhalational or TIVA depends on the comorbidities and the anaesthesiologist’s preference. The desire for the rapid emergence in neurosurgical population makes the volatile agents with low solubility like sevoflurane and desflurane a reasonable choice. Sevoflurane, desflurane and isoflurane have been shown to better preserve hepatic blood flow and function [13,14]. The hepatic metabolism is highest with halothane (15–40% of drug), followed by enflurane (2.4%), sevoflurane (2– 5%), isoflurane (0.17–0.2%) and desflurane (0.02%) [15].Though there has been previous reports of using isoflurane for the above mentioned reasons, we preferred using desflurane over isoflurane and other inhalational agents for the patient [16]. Vecuronium and rocuronium, both steroid-based NMBs have a prolonged elimination phase in severe liver disease. Atracurium and cisatracurium are suitable NMBs as they do not rely on hepatic excretion [17]. The patient had a history of snoring, and post –operative airway compromise is always a concern in acromegalic patients due to presence of blood in oropharynx and nasal pack, necessitating the use of short acting anaesthetic agents[18]. Injection diclofenac 75mg intravenous was given 30 minutes before the end of the surgery. About 60% of acetaminophen is eliminated via glucuronidation, thus raising a concern about their use in these patients [19].

Gilbert’s syndrome is the most common cause of hereditary hyperbilirubinemia [2]. The decreased activity of UDP-glucuronyl transferase makes these patients vulnerable to usual doses of anaesthetic drugs. Avoiding prolonged fasting, maintainence of adequate hydration, use of short acting drugs which undergo least hepatic uptake and elimination are the key to the successful and safe management of the patients with Gilbert’s syndrome . 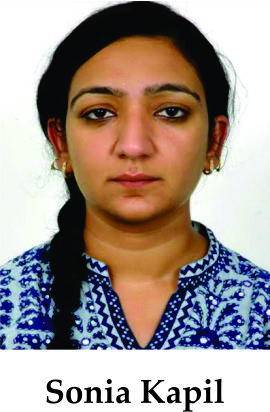