Introduction: We describe a case of fatal complication of central venous catheterization. Fragmentation and embolization of central venous catheter placed through subclavian approach is known but with femoral approach it is very rare. In our case, it was fragmented and embolized to the right ventricle causing fatal ventricular arrhythmias. It was successfully retrieved percutaneously.
Key Words: Central Venous Catheter, Embolization, Retrieval.

The use of central venous catheters is common in intensive care units for monitoring of central venous pressure, fluid administration and drug infusions [1]. Complications arise during insertion (cardiovascular side effects and bleeding), maintenance (infection,thrombosis and mechanical risks [2]. Mechanical complications such as fragmentation and subsequent embolization of distal fragments have been described [1]. Fracture of central venous catheter placed via femoral approach is rare but fracture of catheter inserted via subclavian vein is well recognized [3].

A 5 years old male child was admitted in intensive care unit with complaints of fever accompanied by rigors and loss of appetite. Patient was diagnosed to have dengue. Patient had a platelet count of 30,000 per cu mm. Platelet transfusion was started through peripheral vein and then a central venous cannula (5Fr) was placed in the right femoral vein. It was used for transfusion of blood products on the same day. Next day, the catheter was found to be broken. It was a spontaneous fragmentation of catheter without any trauma or forceful injection or traction on the catheter. X-ray and ultrasonography were done immediately which showed a fractured central venous cannula at the entry site and distal tip migrated in the external iliac vein. In view of low platelet count, a minimal invasive technique using percutaneous method with fluoroscopy guidance was proposed and patient was shifted to cardiac catheterization suite. Coagulation profile investigation was sent to the laboratory. The patient had incessant ventricular premature complexes which were detected on ECG.The ECG suggested the origin of these rhythm from right ventricle and therefore the possibility of migration of fractured catheter into the right ventricle was entertained which was confirmed by fluoroscopy. The catheter tip which was in the iliac vein had migrated into the right ventricle through common iliac vein,inferior vena cava,right atrium and right ventricle. All ASA monitors were applied. A patent IV line was confirmed and patient was pre-medicated with intravenous midazolam , glycopyrrolate and sedated using intravenous ketamine and fentanyl. Spontaneous ventilation was maintained, oxygen was provided with facemask 4 L/min. Before intervention, patient received anticoagulation with heparin.The method employed for retrieval was as follows; central venous access was obtained by the seldinger technique and 4Fr catheter was put via common femoral vein. Under fluoroscopy, the embolised central venous catheter was found in right ventricle giving rise to premature ventricular contractions. Under all aseptic precautions, a gooseneck snare 3mm (covidient EV3) was passed successfully to snare the embolised catheter .The snare and the central line were then exteriorized through the femoral venous sheath and removed successfully without any complications. ECG was found to be normalized after catheter retrieval from the RV.

This case report emphasizes two important features; first, the catheter fracture is possible with femoral approach and second, the embolised central venous catheter can lead to fatal arrhythmias. Interventional radiology techniques are useful in such cases and surgical extraction can be avoided. CVC has complications that are broadly classified as mechanical,infective and thrombotic [1]. Shear or fracture of CVC is a recognized complication with an incidence of 2.5% over 5 years period at one centre [1,5,6]. Fracture and migration of central venous catheter occurs in 0.5-3% of patients [3] more commonly after subclavian approach [1]. The incidence is estimated to be 0.1- 1 % [4,9])and the cause of such events is the mechanical force between the clavicle and the first rib [5].It is observed more so in permanent central venous access systems [6]. Therefore, other approaches are preferred to avoid catheter “Pinch off” which is associated with subsequent embolization [3,8]. Impending catheter fracture may be detected by the “pinch off sign” on a chest radiograph.This pinch off sign was first described by Aikten and Minton [3]. Catheter pinch off is caused by friction of the catheter between the catheter and the first rib. Pinch off syndrome is divided into 4 grades [4,7]; Pinch off Grade 0 is characterized by normal catheter lines, Grade 1 by abrupt change in course without luminal narrowing, Grade 2 by luminal narrowing and Grade 3 by complete catheter fracture. In case of grade 2, it is recommended that central venous catheter be removed even when it is functionally normalto avoid the serious complication of fragmentation and embolization. The incidence of catheter pinch off can be reduced by lateral insertion technique and radiographic monitoring after implantation.This rare complication can also occur with central venous catheter placed via internal jugular vein [3]. This case is unique, in that the catheter placed via femoral vein had transection that occurred spontaneously on the next day and caused arrhythmias. This migrated catheter can cause significant complications such as arrhythmias, pulmonary embolism, cardiac perforation, cardiac tamponade or sepsis [3]. Catheter fractures can occur due to tearing of the catheter during insertion or traction on the catheter-hub junction. Other complications are infection, central venous thrombosis and /or phlebitis. Embolization of the fractured segment of central venous catheter into the pulmonary artery has also been reported [9]. Life threatening arrhythmias can occur from the embolized part of the catheter [10]. Various methods for dealing with incomplete fractures of catheters are slow gentle traction and cutaneous cut down. For complete fractures radiological loops, snares, coils or more sophisticated grasping forceps, baskets or balloons can be used. Surgical exploration can also be done [1].Percutaneous retrieval of an intravascular foreign body is a standard therapy. At one center, 95%successful retrieval of embolized fragment by interventional radiological procedures has been reported [1]. In this patient, angiography and retrieval was carried out expeditiously. A gooseneck snare with 3mm covidient EV3 was used and the catheter was retrieved immediately. In a series of 220 documented cases of catheter embolism, 71% had morbidity in spite of catheter retrieval and 38% had mortality as catheter fragment was not removed. Causes of death incriminated were pericardial tamponade, myocardial perforation, sepsis, endocarditis, thrombosis, pulmonary embolism, myocardial infarction and arrhythmias [5]. Shearing or fracture of central venous catheter is a recognized complication [5]. Causes described are shearing by needle during insertion, high pressure within the catheter due to bolus infusion , fracturing of external portion by patients body movement , traction on the catheter hub junction during removal of a stuck catheter by fibrin sheath formation around the catheter and weakening of the catheter tip by movement of tricuspid valve and right ventricular motion, or mechanical forces between the clavicle and the first rib {pinch off syndrome} [2, 5, 6]. In summary, catheter fragmentation can occur with femoral approach of central venous cannulation leading to fatal arrhythmias, immediate retrieval of which is mandatory. 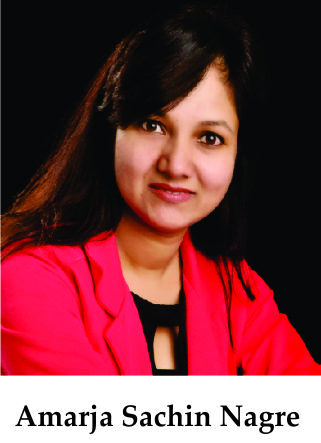